Using our antibody expertise to transform how cancer is treated

As a leader in the discovery and development of antibody therapeutics, we are inspired by nature, passionate about innovation and driven by data. Our commitment to patients pushes us to use our antibody biology expertise to pursue and produce differentiated, next-generation cancer treatments.

Our research and innovation teams consist of a strong antibody discovery engine connecting our antibody platform technologies with our target and disease biology knowledge. This synergy is the lifeblood of our R&D organization, where our creations enter clinical development.

Get to know our technologies

Taking the next step in creating novel antibody therapies

Inspired by nature, driven by science and backed by data, we pursue the next generation of technology platforms for the creation of novel antibody-based therapeutics. Using our proprietary DuoBody®, HexaBody®, DuoHexaBody® and HexElect® technologies, we can harness the power of human antibodies to develop a robust pipeline of products that builds on natural antibody biology and transforms how cancer is treated.

Explore our proprietary technologies below to see how they, individually or in combination with other technologies, are the next step toward the development of effective treatments in the already successful field of antibody therapeutics.

The DuoBody® platform is a versatile platform technology for the discovery and development of bispecific antibodies that may improve antibody therapy of cancer, autoimmune, infectious and central nervous system disease. Bispecific antibodies (also known as dual-targeting molecules) bind to two different epitopes, either on the same or on different targets. This may improve the antibodies’ specificity and efficacy in inactivating the disease target cells. DuoBody® molecules are unique in combining the benefits of bispecificity with the strengths of conventional antibodies, which allows DuoBody® molecules to be administered and dosed as other antibody therapeutics. Genmab’s DuoBody® platform generates bispecific antibodies via a fast and broadly applicable process that is easily performed at discovery scale as well as commercial manufacturing scale.

If required, a simple polishing step can be employed to obtain an essentially pure DuoBody® product. Importantly, bispecific antibodies generated with the DuoBody® platform fully retain IgG1 structure and function (Labrijn et al., 2013). In addition, the DuoBody® platform is compatible with additional Fc-engineering mutations, in case such mutations are required for the specific application. The ease and versatility of the DuoBody® platform has also been translated to mouse (and rat) antibodies to enable the efficient generation of surrogate bispecific mouse IgG1, IgG2a and IgG2b (and rat IgG1, IgG2a, IgG2b and IgG2c molecules) via controlled Fab-arm exchange (Labrijn et al., 2017). The DuoBody® platform builds on insights from the natural biology of antibodies.

Antigen-binding sites
Synonym for paratope. The region of an antibody that binds to antigens, which is formed by determinants in the variable domains of the heavy and/or light chains.

Controlled Fab-arm exchange
The in vitro post-production process employed by the DuoBody® platform in which IgG1 half-molecules recombine with other IgG1 half-molecules to generate bispecific IgG1 antibodies. This unidirectional reaction only takes place under tailored reaction conditions in vitro with IgG1 antibodies containing single matched point-mutations in the CH3 domains and forms the basis of the DuoBody® technology. Although this process was originally developed as an IgG1-based platform, controlled Fab-arm exchange can be extended to other IgG subclasses to suit particular applications.

Epitope
Binding site of an antibody on an antigen.

Fc-engineering
Altering of certain functions of the Fc-domain of an antibody by the introduction of mutations that alter the amino acid sequence. The Fc-domain is involved in the employment of immune effector functions by interacting with Fc-receptors on effector cells or the complement factor C1q.

Hinge region
The region between the CH1 and CH2 domains of the heavy chain, which is highly flexible. Disulphide bonds in the hinge region are part of the interactions between two heavy chains in an IgG molecule.

IgG antibodies
A certain subclass of immunoglobulin or antibody. IgG, and in particular the IgG1 subclass, is the antibody class that is most commonly used for antibody therapeutics.

Parental antibodies
Monospecific antibodies containing matched single mutations with different specificity from which a bispecific antibody is generated in the process of controlled Fab-arm exchange.

The HexaBody® platform is Genmab’s proprietary antibody platform that allows for the creation of potent therapeutics by inducing antibody hexamer formation after target binding at the cell surface. The HexaBody® technology builds on natural antibody biology and enhances the assembly of antibody hexamers (clusters of six) after target binding at the cell surface. This results in enhancement of immune effector functions, including complement-mediated killing (complement-dependent cytotoxicity [CDC]). The HexaBody® technology can transform antibodies with limited or absent CDC into potent, cytotoxic antibodies. HexaBody® molecules can also be applied to induce enhanced activation of agonistic cell surface receptors to trigger downstream signaling pathways. This includes cell surface-expressed receptors that induce programmed cell death upon engagement. For insights in the products using the HexaBody® platform, we refer you to the product pipeline.

The HexaBody® platform can be combined with Genmab’s DuoBody® platform (resulting in our DuoHexaBody® technology platform) as well as with other antibody engineering technologies.

By engineering the Fc domains of antibodies, antibody hexamer formation may be increased whereby the efficacy of CDC of target cells and cell surface receptor triggering can be enhanced. This novel insight forms the basis of the HexaBody® technology (De Jong et al., 2016). We discovered that the introduction of a mutation in the Fc domain of IgG1 antibodies, such as at the E345 or E430 positions, reinforces inter-antibody Fc-Fc interactions, thereby stimulating hexamer formation (Figure 1). As the classical complement cascade is initiated after binding of C1q to hexamers, introduction of a HexaBody® mutation enhances the induction of CDC. In addition, antibodies binding to agonistic receptors, including those that induce programmed cell death, can induce enhanced activation of such receptors upon hexamerization. Although not essential to this mechanism of action, binding of C1q further stabilizes these signaling receptor complexes.

Figure 1: Upon binding to their target, antibodies carrying a HexaBody® mutation efficiently form hexamers, which can be further stabilized by binding of C1q. Binding of C1q initiates the classical complement cascade, which results in cell killing. The hexamers can also induce outside-in signaling, leading to induction of intercellular processes including programmed cell death.

The HexaBody® platform builds on insights from the natural biology of antibodies.

Antibodies play an important role in the activation of the complement system, a part of the innate immune system that is instrumental in the clearance of bacteria and viruses from the body. Antibodies can also be employed in therapy of detrimental diseases such as cancer. While the importance of complement in antibody-mediated immunity and their therapeutic efficacy has been known for decades, it took a collaborative effort between Genmab scientists and academic researchers to advance the molecular understanding of the interaction between IgG antibodies and complement to an unprecedented detail.

Upon binding to their target molecules on a cell, antibodies were found to group together in six-membered rings, termed as hexamers. This process is driven by non-covalent interactions between the Fc domains of adjacent antibodies. The formation of hexamers was found to be critical for optimal binding of the first component of the complement cascade, C1q, which was evaluated by different exploratory techniques (Figure 2). Once this first component is bound, the complement cascade is triggered, eventually leading to formation of a membrane attack complex. This complex forms a hole in the cell membrane, and the cell dies. Figure 2: The formation of antibody hexamers (purple, bound to antigen on cell surface) was found critical for optimal binding of the first component of the complement cascade, C1 (blue stalks and pink and green components).

C1q
A protein complex involved in the complement system, consisting of a central subunit attached to six branching stalk-like domains and six globular heads. Upon binding of C1q to antibody-antigen complexes, the C1r and C1s subunits are activated, triggering the activation of the classical complement pathway.

Hexamer
In the context of antibodies, a hexamer is a ring of six antibodies interacting via their Fc-domains. These hexamers constitute the most optimal conformation for the binding of C1q, which initiates activation of the classical complement pathway.

IgG antibodies
A certain subclass of immunoglobulin or antibody. IgG, and in particular the IgG1 subclass, is the antibody class that is most commonly used for antibody therapeutics.

Non-covalent interactions
A type of chemical bond that does not involve the sharing of pairs of electrons, but rather involves electromagnetic or hydrophobic interactions.

Programmed cell death
Death of a cell that is mediated through an intracellular program, which can be triggered by engagement and activation of certain surface-expressed receptors. 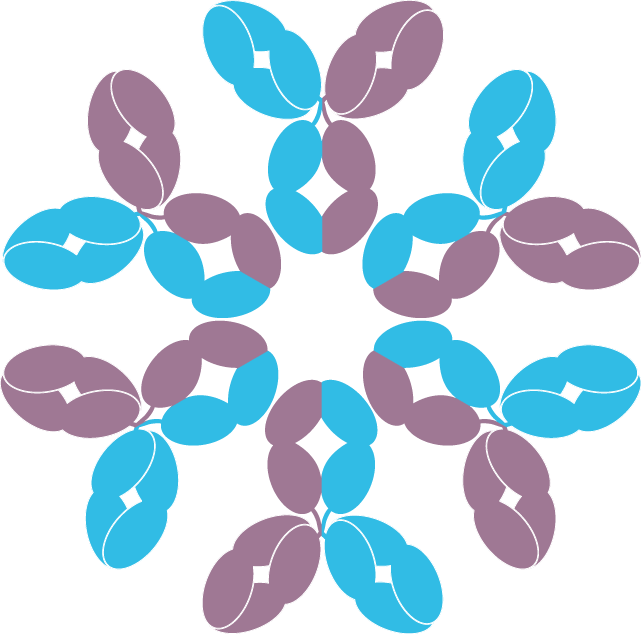 Figure 1: Schematic representation of mechanism of action of the DuoHexaBody® platform.

Hexamerization
The process of IgG antibodies clustering in such a way that they form hexameric ring structures through interactions via their Fc-domains. These hexamers constitute the most optimal conformation for the binding of C1q, which initiates activation of the classical complement pathway.

The HexElect® antibody platform is Genmab’s novel proprietary technology that combines two HexaBody® molecules designed to be selectively active only on cells that express both targets. The HexElect® platform maximizes potency while minimizing potential toxicity, potentially leading to more potent and safer products.

IgG antibodies binding to membrane receptors on cell surfaces have a natural ability to cluster. This clustering may trigger protein- or cell-mediated effector functions like the activation of complement, but can also be leveraged to initiate outside-in signaling pathways in the target cell.1 Our HexaBody® technology platform exploits this natural phenomenon to generate potent antibody therapeutics.2

Our novel HexElect® technology platform further builds on our expertise in antibody clustering, and consists of two components designed to work together as a team. By restricting the activation of desired mechanisms of action to cell surfaces co-expressing combinations of two targets, the therapeutic index (the ratio of efficacy to safety) may be substantially improved (Figure 1). In the design of a combination of two HexElect® antibodies, the Fc-mediated activity is decoupled from individual antibody binding events, resulting in a substantial increase in selectivity.

Figure 1: HexElect® technology concept: only in case both antibodies of the HexElect® antibody combination bind a target expressed by the same cell, hexamers can be formed on the cell surface, while the individual IgG antibodies are inhibited in their ability to hexamerize.

Fc-mediated activity
The immune system’s cellular (e.g., ADCC) and humoral (e.g., CDC) effector systems, which are triggered by the interactions of the Fc-domain of antibodies with Fc receptors on effector cells or the complement factor C1q.

We also use or license several other technologies to generate diverse libraries of high quality, functional antibodies such as the UltiMab® transgenic mouse technology from Medarex, Inc., a wholly owned subsidiary of Bristol Myers Squibb, and the OmniAb® transgenic mouse and rat platforms from Ligand Pharmaceuticals, Inc. We also use or license technologies to increase the potency of some of our antibody therapeutics on a product-by-product basis such as the antibody-drug conjugate (ADC) technology from Seattle Genetics. ADCs are antibodies with potent cytotoxic agents coupled to them. By using antibodies that recognize specific targets on tumor cells, these cytotoxic agents are preferentially delivered to the tumor cells.

What happens when you pair a passion for innovation with a collaborative spirit?

This site is for U.S. residents only.
You are now leaving the current website and will be directed to additional information. Click "Continue" to confirm that you are a U.S. resident.

You are now leaving Genmab.com and will be directed to a page intended for U.S. audiences only. Click Continue to confirm you are located in the U.S.